There are many advantages with our equipment. Its ability to cover surfaces of different sizes in a short time makes it unique in the market.

This system has become an essential tool for customers who want to succeed in today's market. Below are some of the many benefits. 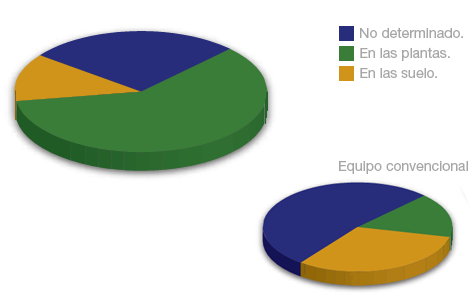 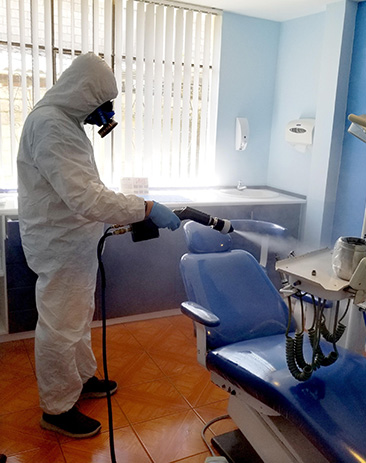 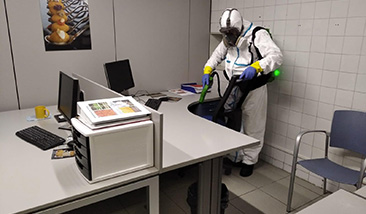 TecnoStatic versus conventional systems. Air-jet charging systems show 300% better penetration and coverage in the hidden areas of the surfaces. These studies also show that only 15% to 20% of conventional systems end up on surfaces, with almost 60% of the chemical wasted on the floor and less than 3% reaching the concealed parts of surfaces and other hidden areas.

Better coverage means less chemical consumption and a very short application time. This saves both product and application time and costs, yet the results are very effective.

The system is quick to clean. Just twist the nozzle cover off; no tools are required. There are no small parts to lose, no wires at the tip to break.

WHAT IS AN AIR-ASSISTED LOAD APPLICATION?


HOW DOES IT WORK?

The heart of the air-assisted load equipment is the air atomizing induction nozzle.

Air and liquid enter separately at the back of the nozzle. The air moves through the nozzle under pressure and meets the liquid at the tip of the nozzle, causing the formation of spray droplets that have a diameter of 30 to 60 microns. At the tip of the nozzle is a tiny electrode that applies an electrical charge to the spray. The electrical charge generates a natural attraction force between the spray droplets and the target surface, similar to the attraction between clothing created by the turns of a clothes dryer. The charge on the droplets, although small, goes towards the target with an attractive force 75 times greater than the force of gravity. The spray droplets literally reverse direction and move upward against gravity as they pass over the target surface.

The remarkable phenomenon by which spray covers the underside and back of the spray target is known as "wrap". In practical terms, this means that the spray reaches the bottom, the back and the nooks and crannies of the target surface.

The photo below shows a uniform and complete coverage on the left ball covered with the use of electric charge. You can see how the dew is wrapped around the ball creating a uniform coverage. However, the ball on the right was covered with the "off" charge system. Without the charge, the dew coverage is so irregular that the back of the ball remains unaffected and the ball is reflected without a uniform and enveloping coverage. 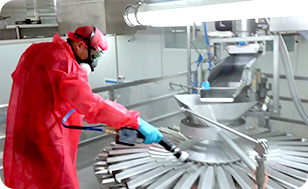 None of this would be possible if the droplets were the size of those produced by conventional equipment. The air-assisted load equipment produces droplets that are 900 times smaller. The tiny droplets are blown onto the spray target in a high-speed air stream (the "air assist"). The result of a spray is more than twice the efficiency and coverage of unloaded air-assisted equipment.

Coverage is defined by the uniformity of the spray droplets on the target surfaces. Loaded equipment achieves higher coverage by combining air turbulence with uniformly sized droplets. The droplets achieve a uniform coating. If the coverage is uneven or incomplete, the chances of survival of dangerous or infectious organisms are increased. The benefits are clear, the control of microorganisms and diseases is better because the chances of contact are greater. 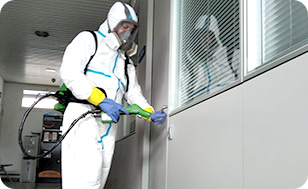 Air-assisted nozzles clean themselves. When the liquid pressure is turned off, the remaining spray is automatically extracted by siphoning. Air moving continuously through the nozzle and a larger liquid passage helps prevent clogging and reduce maintenance. The nozzle tip of the equipment does not wear out like conventional equipment, even when using humidifying powders. The tips of conventional equipment wear out because the abrasive fluid passes through the opening at high pressure, but with our equipment it uses very low pressure. The atomizing process occurs "without friction" because it takes place in the middle, in the atomizing zone, which is just outside the nozzle tip. 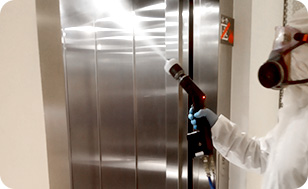 WHERE DOES THE SPRAY GO?

In a test comparing conventional handheld equipment with an air-assisted charging system, the conventional equipment deposited only 16% of the spray on the target, while the charged unit deposited 60% on the target. This is a remarkable four-fold difference in efficiency. Equipment performance is significantly improved when using air-assisted charging. A report from the University of California clearly states: "If the percentages of chemical were reduced by three times when using the loaded unit the amount (deposited) on (the target) would still be greater than with conventional equipment at full percentages."